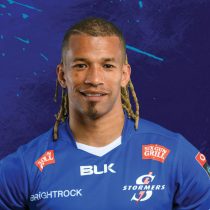 The fullback also had a stint with the BlitzBokke on the 2012 Sevens World Series but mainly represents the Bulls in Vodacom and Currie Cup.

Blommetjies signed a deal with Bloemfontein-based side the Free State Cheetahs to join them starting 1 August 2014.

He made his Super Rugby debut in 2015 against the Bulls, and went on to score 30 points in 24 appearances. After 4 years at the Cheetahs, he announced that from the 2018/19 season he will move to the Scarlets

He made two appearances for the Tigers before returning to South Africa and linking up with the Cheetahs on a short-term deal after his contract was terminated at the Scarlets.