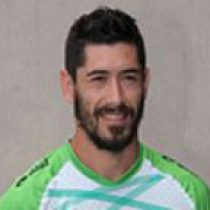 Originally from Lembeye in the Pyrénées-Atlantiques, Darbo his professional career in Palais. In 2011 the scrum-half joined Top 14 side Grenoble on a two-years contract.

He helped Agen back into Top 14 for the 2015-2016 season and Agen extended his contract for another two seasons.

Darbo signed for US Montauban despite signing an extension with Agen earlier in the year.