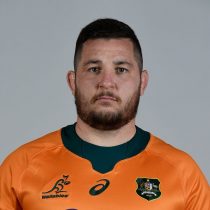 A driven hooker, McInerney made his NRC debut in 2014 aged just 19, and added to his tally of games in 2015. An Australian Schoolboys representative in 2013, McInerney has come through the rugby pathways, playing for ACT & Combined States under-20s in 2014, and breaking into the Australia Under-20s side in 2015. He’s also previously played state representative rugby at Under-15 and Colts levels.

When Josh Mann-Rea went down with injury early in the 2018 season, the role of replacement rake was McInerney’s to fill, and though he had performed adequately coming into the team late in 2018, having had a full preseason to embed into the squad, the improvement in McInerney was clear to see before earning a full-time contract for the 2019 season.

McInerney made 10 appearances in 2019, alongside Wallabies rake Folau Fainga’a, famously scoring a hat-trick against the Sunwolves in Tokyo.

Despite being an excellent junior player, and an Australian U20 representative, McInerney’s road to Super Rugby wasn’t easy, but his toil and commitment to his craft has paid off, and from here on. January 2020 saw him agree to an early contract extension that would keep him at the Brumbies until the end of 2021.

McInerney took his cap tally to 22 before the Super Rugby season was called off in 2020.