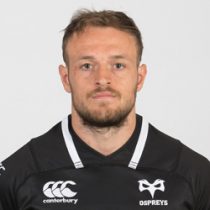 Allen joined the Ospreys from Cardiff Blues, where he came through the ranks to make his debut as an 18-year old in an LV= Cup tie against Newcastle in 2011.

Capped by Wales at U18 level, he was in the Wales U20 side that made history the following summer by defeating New Zealand at the Junior World Championship in South Africa (9-6), as the team progressed to the semi-final.

A year later he made a huge impression on the sevens circuit with the Wales squad, winning the HSBC Sevens World Series Fans’ Favourite Try of the Year with his solo effort in the final of the Hong Kong Sevens against Fiji.

Having played for Dinas Powys and then Glamorgan Wanderers in his youth, he made his Cardiff Blues Anglo-Welsh Cup debut in 2011, before really breaking through in 2013/14.

His form being recognised by a first ever call into the senior national squad, making his debut when he started at the Millennium Stadium against Argentina in the autumn series before going to South Africa on tour the following summer.

To date he has four full caps, his last coming at the 2015 Rugby World Cup when he scored a hat trick, his first tries in senior international rugby, in a 54-9 win over Uruguay.

In May 2017, Cory was included in the Wales squad for their two-Test summer tour.