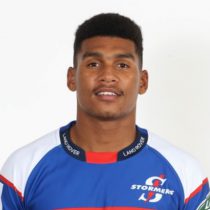 Willemse is a talented flyhalf with exceptional speed that has been tipped for great things, coming out of the famous Paul Roos Gymnasium in Stellenbosch.

Willlemse showed early signs of talent when he was selected in the Western Province side for the Grant Khomo Week and Craven Week (twice) competitions.

He was named in the South African Schoolboys team for consecutive years in 2015 and 2016.

After School Willemse was drafted into the Stormers Super Rugby Rugby squad and made his debut off the bench in the 3rd round of the competition.

In May he was named in the South African U20s side for the 2017 U20 World Championship.

He played in all of South Africa's matches and was mostly used as an inside centre.

Willemse was named in the Stormers starting line up for the first time when Stormers face the Cheetahs in Round 15 of Super Rugby 2017.

He added 4 more appearances for the Stormers during the competition scoring 32 points.

He was then a key figure in the Western Province's victorious Currie Cup season.

Willemse built on his promising and was named in the Springbok u20 squad for the 2018 U20 Rugby World Cup despite calls for him to be included in the senior squad to face Wales and England.

In July 2018, he was included in the Springboks squad for the Rugby Championship, off the back of an impressive full season with the Stormers.

In October 2019, he was called into the Springboks Rugby World Cup squad following a hamstring injury to Jesse Kriel.

Willemse joined Saracens on a three-month loan from Super Rugby Franchise the Stormers.

The talent utility back has featured for the Stormers at fullback and centre but his long term future looks to be at flyhalf.

In March 2021, the Rugby World Cup winner signed a three-year extension with the Stormers and Western Province. At the time of his signing, Willemse has 40 Stormers caps, 24 Western Provinces appearances and six test caps for the Springboks.