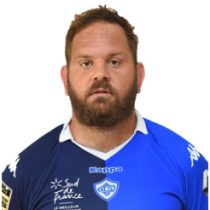 The South-African born French prop signed for Castres in the Top 14 and arrived at the club at the start of the 2016-17 season.

Kotze had made 34 appearances for Castres by the end of the 2017 season.