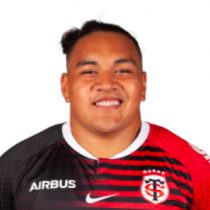 Ainu'u's performance earned him an opportunity to train with the Men’s Eagles while still in high school.

In 2017, he signed with Toulouse Rugby in France before being selected to the USA training squad for the 2018 June Internationals. That summer, he competed with the Men’s Junior All-Americans (U20s) before making his Men’s Eagles debut against Samoa during the Autumn Internationals.

Ainu'u found himself propelled into Toulouse's first team on 6 occasions during the 2018/19 season.

In 2019, he was selected by the United States for the November Tests, the Rugby Championship America, and for the World Cup in Japan, in which he was unfortunately injured in the first match.

A powerful player, with a highly developed individual technique.