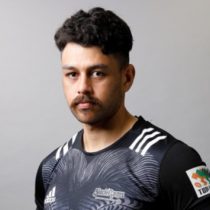 A second rower who is comfortable on the side of the scrum Daymon Leasuasu helped Ardmore Marist win the McNamara Cup in 2018.

His form caught the eye of the Steelers coaching staff and he was included in the Mitre 10 Cup squad for the 2018 season.

He went onto make his debut for Counties Manukau and quickly became a regular in the starting line up during the season.

In May 2019, he was called up to the Chiefs' Super Rugby squad after the side suffered a number of injuries in the pack.

He was named on the bench in his first Super Rugby outing against the Reds.