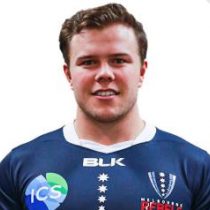 Moore started his career with the Sydney Stars in 2015 at the age of 18.

He was part of Sydney University's grand final winning side over Warringah Rats at Bankwest Stadium.

The mobile hooker was subsequently selected in Sydney Rugby Union's NRC squad for 2019 and went on to make five appearances before switching leagues to join Melbourne Rebels in Super Rugby.

Moore became a member of the Munster squad in 2021.