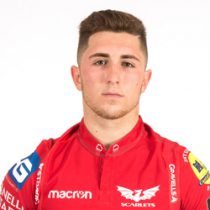 Smith is an up and coming scrum half who is contracted by Welsh club, Scarlets. Having impressed at youth and club level, Smith subsequently was called to represent Wales u/20's at the 2016 Junior World Cup and was included in the Wales U20 team for the 2017 Six Nations tournament.