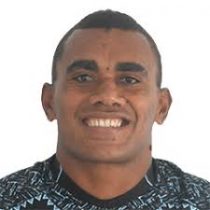 Nicknamed "The Sledgehammer" Sau has made a name for himself as strong and speedy Fijian Sevens Star.

He was selected by Fiji Sevens Head Coach Gareth Baber in 2017 for the 2017–18 World Rugby Sevens Series and Sau made his debut for Fiji at the 2017 Dubai Sevens.

He also played for Fiji Drua at the 2017 National Rugby Championship.

Sau hails from the village of Nabukeru Yasawa and attended Yasawa High School before he moved to Lautoka to finish his Year 13 at Ba Provincial Freebird Institute where he was introduced to play Rugby league, He joined Saru Dragons and was given a contract to play in the Cook Islands.

Later he met Lagilagi Golea who urged him to join a 7s team and contacted Red Rock Rugby Club coach, the late Lote Rasiga. Sau joined the team in Qauai and even toured with the team to Australia.

In 2014 he was recruited as a special constable at Totogo Police Station in Suva and joined the Fiji Police Rugby Team.

In May 2018, Sau signed a two-year deal with French club USA Perpignan.

The following year he signed for Edinburgh Rugby and went on to make 10 appearances for the club, scoring 15 points by June 2020.