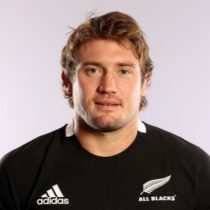 Blackadder hails from North Canterbury originally but attended high school at Nelson College and lived up there since.

He joined the Nelson senior B club side in his first year out of college in 2013, when he also captained the Nelson Bays U18 representative side, before progressing to the Nelson club's top side the following year.

He was called into the Tasman provincial team after a stellar club season in 2016 where he co-lead Nelson to the Nelson Bays championship title.

Blackadder made his NPC debut (R4) in September 2017 against Otago in Dunedin and featured prominently throughout the season.

He became a regular starter for Tasman in 2017 as they made their way to the Premiership Final.

In October 2017, Blackadder was one of 7 new signings in the Crusaders squad for the 2018 Super Rugby season.

His exceptional work rate and ability to play at lock as well as loose forward provide useful versatility for the Crusaders in his debut season.

He played in Tasman Makos' 2019 Mitre 10 Cup Premiership victory and has made 44 appearances for the side heading into the 2020 Mitre 10 Cup.

With the ability to play both lock and in the loose forwards, the versatile player made his Crusaders debut in 2018 and has 20 appearances for the Super side (as of June 2021.)

He is set to follow in his father's footsteps after being named in the All Blacks squad ahead of the tests against Fiji and Tonga.