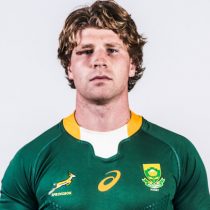 Roos was called up to the South Africa Schools squad in 2018, making three appearances in the 2018 Under-19 International Series, and scoring a try in their match against France.

He made his Currie Cup debut for the Sharks in August 2019, coming on as a replacement in their match against the Free State Cheetahs in Round Five of the 2019 season.

In January 2020 he was named in Sharks' squad for the 2020 Super Rugby season. He returned home to Cape Town at the end of 2020 on loan joining the Stormers and Western Province.

He signed a three-year contract with the Stormers and Western Province in 2021.