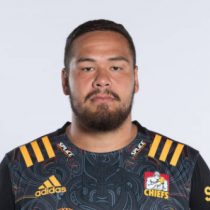 Ezekiel Lindenmuth is a talented young front rower out of the proud West Auckland club, Suburbs RFC. The Mount Albert Grammar graduate is known for his uncompromising physicality.

He spent his childhood in Samoa and represented the Island nation’s Under 20s at the 2016 Junior World Championship. In 2017 Ezekiel switched allegiance and represented New Zealand at the 2017 edition of the tournament, in side featuring future Blues team mates Dalton Papalii, Orbyn Leger, Jacob Pierce and Caleb Clarke.

Lindenmuth was with the Blues at Under 18 and Under 20s before joining the Crusaders wider training squad at the beginning of the 2018 Super Rugby season but did not feature for the Christchurch based franchise.

It was in the Mitre 10 Cup that same year in which Ezekiel made his first-class rugby debut, coming off the bench in a memorable Auckland victory, against none other than Canterbury.

Ezekiel made his debut for the Blues off the bench in Round 13 of the 2019 Super Rugby season against the Hurricanes before making his starting debut against the same club in the final round of the season.

At the commencement of the 2020 Super Rugby season the exciting young prospect had great hopes to add to his 2 Super Rugby appearances.