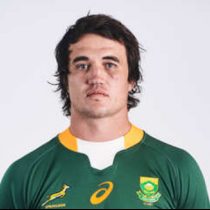 In 2012 he made his senior debut for the Blue Bulls before signing for the Lions in Johannesburg. Soon after joining them he was in a serious car accident but managed a full recovery. His five year stint at Ellis Park saw him make over 80 Super Rugby appearances for the union and make a name for himself as a hard tackling and busy lock with the ability to play flank. His performances did not go unnoticed and he was selected for the Springboks in 2016.

During his time at the Lions he had a short stint in Japan with the Ricoh Black Rams.

He became a regular member of the Springbok team and earned a spot in Rassie Erasmus' squad which won the 2019 Rugby World Cup. During the competition hosted in Japan, he made 25 carries and 45 tackles in the 7 games he played.

He made the move to the Premiership for the 2018/19 season where he joined Gloucester and made a big impact on his arrival soon becoming a fan favourite for the Cherry and Whites and making 16 appearances in his first season. He went on to make 25 in total.

During the Covid-19 break in the domestic competition in England, Mostert announced he would be leaving Gloucester and made the move to Japan where he joined Honda Heat in July 2020.

Franco Mostert enters the tests against Georgia and the British and Irish Lions in 2021 with 39 test caps, a RWC title and Rugby Championship title. He turned out for the South Africa A team who managed a 17-13 victory over Warren Gatland's charges.