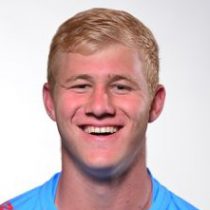 From Johannesburg, van den Berg participated in multiple sports with his main love being rugby and track and field.

His athletic highlight was becoming the national champion in the shot put event at the 2014 South African Athletics Championship. As for rugby, he represented the provincial rugby sides in all age levels and signed his first professional contract with the Blue Bulls in 2015.

Van den Berg’s rugby career highlights include being a Currie Cup finalist at U19 in 2105 and U21 in 2017. Another highlight is being selected for the Junior Springboks, which played at the Junior Rugby World Cup in Manchester, England. He also won the Varsity Cup with the University of Pretoria team in 2017.