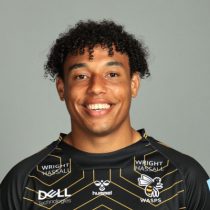 Oghre, who represented England Under 19s against France in April 2017, was at Bath Rugby, having joined their Senior Academy from Millfield School before the start of the 2016 season.

During the 2015/16 season, he captained Bath’s Under 18s side, catching-the-eye with his strong carrying and solid set piece work.