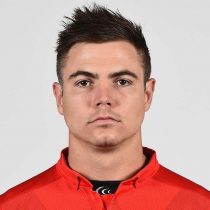 In early 2010, Van den Heever inherited Bryan Habana's number 11 shirt in the Bulls team after Habana's departure for the Stormers.

The speedster followed Habana's path and signed for the Stormers in 2011 and went on to make 26 appearances for the side.

Nicknamed Shadow by his former team-mates at Pretoria-based franchise the Bulls because of his acceleration and speed, van den Heever also provides bulk on the wing. He has an accomplished aerial game and is adept at chasing down kicks.

Van Den Heever joined Irish side Munster in November 2013 and made his debut that same month against Newport Gwent Dragons in the Pro 12, but sustained a broken bone in his hand during the game. He has also represented the province at ‘A’ level – 4 appearances – and at the inaugural Limerick World Club 7s at Thomond Park in August 2014.

In May 2016, he announced his departure from the club and signed with Yamaha Jubilo.

In June Kubota Spears confirmed that he would join the side ahead of the 2018/19 Top League season. Following the 2021 Top League season and a number of stand out performances he qualified to represent Japan and was named in the squad by Jamie Joseph in May 2021 ahead of the match against the British and Irish Lions