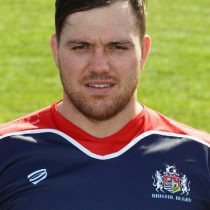 Townson hails from Morecambe and played his junior rugby for Vale of Lune. He also captained the England U18 side to their Welsh counterparts in 2005.

The second row played for Sale Sharks' Academy while he was completing a degree in chemistry from Manchester University. From there he spent a season with Doncaster Knights and he then moved onto Newcastle Falcons.

In December 2016, Townson signed for Championship side Ealing Trailfinders having made 112 appearances for Bristol.

In the time since making the switch to Ealing, Townson managed to fit in 12 appearances, and captained the side on 2 of those occasions..