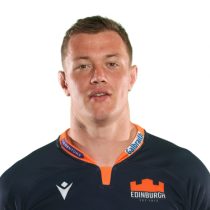 Hailing from the Scottish Borders town of Jedburgh, Young started playing rugby in primary school playing primarily at full-back before moving into the pack at the age of 16.

The 22-year-old first played a part in the Falcons Under 18s side in the 2012-13 season during which he also made several appearances for the club's A Team. The following season saw Young become an A Team regular whilst maintaining dual registration with National League 2 side Darlington Mowden Park.

2014/15 saw Young make his first team debut while also representing Scotland Under 20 for the first time in their game against Ireland. He would go on to receive seven caps at Under 20 level including a trip to New Zealand as part of Scotland’s Junior World Championship squad in 2014. Having signed a contract extension with Newcastle Falcons midway through that season, 2014/15 represented Young’s first as a full time member of the Falcons Senior Academy.

Hailing from Melrose, the heartland of 7s rugby, Young featured for Newcastle Falcons in the Premiership Rugby 7s in both 2013 and 2014. Young starts the 2015/16 term on dual registration with Championship side Doncaster Knights.

He announced a contract extension with the Falcons in May 2016.

Young was one of Newcastle Falcons' most consistent performers and following their relegation he signed for the Harlequins ahead of the 2019/20 season.

Young made his Premiership debut the following season and played a big part in Newcastle’s Challenge Cup campaign.