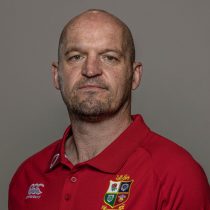 Nicknamed the 'Toonie flip' Townsend came through the ranks of Gala RFC, winning a full cap for Scotland in 1993 before a move to Northampton Saints in 1995. His nickname was given to the reverse pass which Townsend gave to Gavin Hastings for Scotland to register a dramatic and famous last-minute 23–21 victory against France in Paris in 1995.

Capped 82 times for his country and twice capped by the British Lions, Townsend played for his home town side, Gala RFC, before joining Northampton Saints and then French club, Brive.

He bounced to France and joined Top 14 side, Brive and Castres in 1998 and 2000, respectively. During his playing career as a talented flyhalf, he won the Six Nations, a Calcutta Cup and six Centenary Quaich Cups with Scotland, a Shute Shield while playing for Warringah in Australia, a National Division Two with Saints and was a Heineken Cup runner up with Brive.


His tour with the Lions was a successful one has the Lions beat South Africa. Townsend hung his playing boots and took to coaching, in October 2008, he was appointed as an assistant coach for the Scotland A national side ahead of their matches in later that year and took on the Backs Coach role for the Scotland national team in 2009.

After the World Cup he became Glasgow Warriors' head coach and led side for four years, reaching the Guinness PRO12 play-offs every season, culminating in the team winning the title in 2015. In August 2016, it was announced that Townsend would take charge of the Scotland national team in June 2017 after Vern Cotter's contract expires.

Since joining the national team, Scotland have averaged four tries a Test in the summer of 2017, with the historic home and away wins over Australia and 2018 Six Nations victory over England among the notable highlights that helped Scotland finish third in the 2018 Six Nations.

In July 2018, Townsend extended his contract with the national team until 2021. He led the side during the Rugby World Cup in Japan where Scotland again failed to progress past the pool stages losing to Ireland and Japan but managed to become the first side to 'nil' opponents in consecutive matches in the World Cup beating Russia and Samoa.

In December 2020, Townsend signed a new two year deal with Scotland until the end of the 2023 Rugby World Cup. Towsend took on the Scotland role in 2017 and becomes Scotland’s longest-serving Head Coach of the professional era with this extension to his current agreement.

As of December 2020, the former Glasgow Warriors Head Coach has been at the helm for 40 Tests at the conclusion of the 2020 Autumn Nations Cup, with 22 victories and a draw equating to a 55% win percentage to date, and had previously taken Scotland to its highest place in the world rankings of fifth in 2017/18 season.

Under Townsend in 2019, Scotland also retained the Calcutta Cup for the first time since 1983 after victory over England in 2018 at BT Murrayfield and a thrilling 38-38 draw at Twickenham the following year.

Scotland head coach Gregor Townsend will be making his Lions coaching debut in the 2021 series against South Africa, 24 years after taking on the Springboks as a player. Townsend made six appearances for The British & Irish Lions during the successful 1997 Tour of South Africa, scoring two tries against the Sharks and Northern Transvaal. The Scotsman also started the first two Tests at outside half as the Lions secured an historic series victory over the Springboks on what proved to be Townsend's sole Tour.

· Played for Northampton Saints, Brive, Castres, Border Reivers, Montpellier and Sharks
· Made 82 appearances for Scotland from 1993-2003
· Won the 1999 Five Nations Championship title
· Represented the Lions in two Tests on 1997 Tour to South Africa