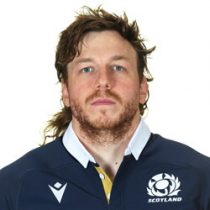 Watson moved north from the Leicester Tigers Academy for a centrally held Scotland 7s contract in the summer of 2011 before being approached to join the club's elite development programme.

He qualifies for Scotland through his Glaswegian grandparents, despite growing up in England. With Scotland u19, u20 and 7's representation the next move up from Pro 12 was the international stage, he made his test debut in the 6 Nations game against Italy at Murrayfield in 2015.

His first Scotland start came a year later in the 2016 November series against Australia in Edinburgh, he also started the following two Tests against Argentina & Georgia. His small and stocky frame means he is ferocious at the breakdown, he played in five matches of the 2017 Six Nations & has become a permanent starter for Scotland.

In May 2017, Watson was included in the Scotland summer tour squad for the upcoming three-Test tour. In November 2017, after a promising start to the season with Edinburgh, Watson started all three November Tests.
As of the 2018/2019 Champions Cup, Watson has had 18 European Cups appearances scoring 4 tries and 20 points.

Watson was named in Scotland's squad for the 2019 Rugby World Cup but was ruled out for the rest of the tournament because of a knee injury suffered in a defeat against Ireland. He fully recovered to be named in his country's 2020 Six Nations squad and was named Player of the Match in Round 3 against Italy in Rome.

Watson made his 100th Edinburgh appearance in the 1872 Cup match against Glasgow Warriors in April 2019.

In almost a decade of service to Edinburgh, the relentless ball carrier and ‘fetcher’ – nicknamed pinball in social media circles for bouncing off tackles in the loose – is one of the most consistent and exciting openside flankers in world rugby.

In January 2021, Watson committed to a new long-term contract with the capital club.

As of 6 January 2021, Watson had made 116 appearances for the club since he joined the academy aged 19 and has earned 36 caps for his country.