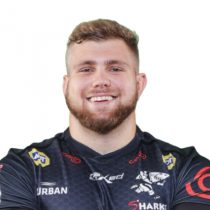 Jacobs was an early riser with his first provincial appearance being in the U13 Craven Week, which he built on a few seasons later in the U16 Grant Khomo Week.

He was then drafted into the SA Rugby Elite Player Development programme, and two seasons later, he ran out for the SA Schools team in the Aon U18 International Series.

He was named in the Junior Springboks squad to compete at the 2019 World Rugby U20s Championship.