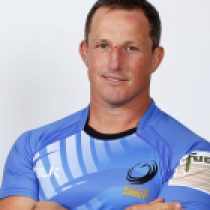 Born in Ayr, Australia, Tessmann is a dynamic ball carrying hooker who has spent the majority of his professional career at the Melbourne Rebels. Tessmann however has also lined up for the Western Force. He made his Super Rugby debut in Rebels colours in week 1 of the 2011 season.

Capped 63 times in Super Rugby, ‘Tess’ went into his fifth season with Western Force in 2017, after first signing in 2013 as an injury cover before playing his way into a full contract and becoming a vital member of the squad.