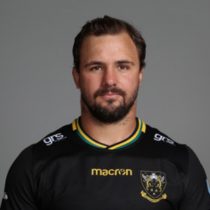 Brussow returned to international competition on 13 August 2011 after an injury to his knee against Australia: He played for a short stint from the bench where he showed he still had the full ability which made him so popular in 2009.

Brüssow played the first game against Wales which South Africa won 17-16 and against Fiji which the Boks also won 49-3.

However against Namibia, Alberts was favoured to Brüssow in the starting line up which meant Brüssow had to drop to the bench.

In the Quarter Finals Brussow started against Australia. South Africa lost the game 11-9 and were knocked out of the competition.

Even without Brüssow's commitment, South Africa won the series against England with a win in the first test 22-17, second test 36-27 but where held to a draw in the third test 14-14.

In 2015, Heyneke Meyer surprised the public by recalling Brussow into the Rugby Championship squad where he started against New Zealand at Ellis park.

Capped 23 times by the Springboks, Brussow has also amassed considerable amounts of experience in Super Rugby playing for the Bloemfontein-based Cheetahs and is regarded as one of the finest exponents of open side flanker play in the world game.

In September 2017, Brussow signed for a deal that would saw him join Northampton Saints after he completed his commitments in Japan.

Brüssow made 21 appearances in Black, Green and Gold in just under two years before announcing his retirement in October 2019 following a relentless string of injuries since arriving at the club.