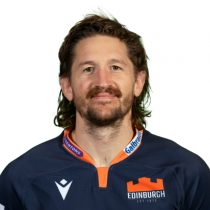 Born in an extremely sporty family, Dorchester born Pyrgos’s father played for Harlequins’ whilst his mother, for whom he qualifies for Scotland through, represented England at hockey. Outside rugby, Pyrgos played both cricket (Dorset U-17’s) and Hockey(West of England U-15’) at high levels.

Having spent time in the Northampton Saints academy, Pyrgos’s professional rugby career began at Glasgow in 2010, and, after strong form for Glasgow, made his Scotland debut in 2012 in a match against New Zealand. Previous to his senior debut, Pyrgos represented Scotland at Exiles and U-20 levels.

In March 2016, he joined an illustrious group of players who have made 100 appearances for the Warriors, when he captained the side in a win over Cardiff Blues, which led to him signing a new two-year deal with the squad in December 2016.

The experienced scrumhalf took his test cap tally to 30 during the 2018 Six Nations and confirmed that he would be joining Edinburgh at the end of the 2017/18 season.

September 2019 saw him being named in Scotland's 31-man squad as an injury replacement for Ali Price who sustained a foot injury in the national team's opening RWC Pool A defeat to Ireland at the International Stadium Yokohama.

In January 2020 he cemented his name in Scotland's squad for the 2020 Six Nations.

As of June 2020, Pyrgos has made 35 appearances for Edinburgh and has scored 10 points.