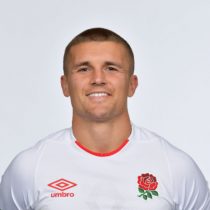 A quality utility back, Slade is comfortable operating at flyhalf, centre or fullback and has made quite an impression in the English game. His professional career began in 2011 when he made his debut for the Exeter Chiefs.

Slade has featured for the England Saxons, as well as England in their traditional end of season clash with the Barbarians and in September 2014 he signed a new three-year contract with Exeter Chiefs.

On July 7th, 2016, Exeter Chiefs announced Slade as part of the England trio to have signed with the side on a new three-year deal.

The utility back's creativity and compusure gave Eddie Jones plenty of options in the back-line in the 2018 June Internationals.