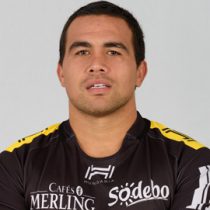 Forbes is a New Zealand-born hooker, he represented Waikato and Hawke's Bay in the National Provincial Championship before making the move to France.

He joined Bordeaux-Begles in 2011 signing on a two-year contract before moving to La Rochelle in 2013 and helped the side reach the Top 14, winning promotion from the Pro D2.