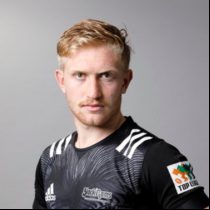 The latest Lucas to come through the Australian youth systems, Issac is a utility back who is comfortable at centre, fullback, wing and even at first receiver that has been tipped to following in his brothers' footsteps.

However, Isaac has been dubbed as the best of the Lucas brother, by pundits and his older brothers.

Isaac took his first step towards making his name at a higher level when he was selected in the Australian u20 side in 2018.

Lucas enjoyed a fantastic season with the u20s and earned a Super Rugby contract with the Reds and made his debut off the bench in the Reds opening game of the season against the Highlanders.

Lucas left the Reds in 2020 to join Japanese club Ricoh Black Rams where he joins his brother Matt.