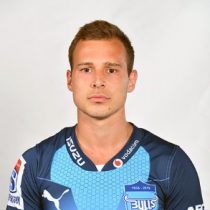 van Zyl represented the Blue Bulls as early as primary school level, appearing at the Under-13 Craven Week competition in 2008. In July 2013, he also played for them at the premier South African high school rugby competition.

The promising youngster joined the Blue Bulls Academy after finishing high school and represented the club Under-19 side in the 2014 Under-19 Provincial Championship. He made his first class debut for the Blue Bulls on 6 March 2015, starting their 2015 Vodacom Cup match against the Falcons in Kempton Park, helping them to a 37–13 victory.

The busy halfback represented his country at the 2015 World Rugby U20 Championship in Italy and helped the side to a 3rd place finish.

van Zyl made his Super Rugby debut off the bench against the Sunwolves in 2017 and went on to make 3 further appearances in his debut Super Rugby season.

He was a standout performer for the Bulls during the Currie Cup season and will look to cement his position in the Bulls Super Rugby starting lineup during his second season in the competition in 2018.

He was named as one of 17 uncapped players in the Springbok squad ahead of the 2018 June Internationals.

Van Zyl went into the 2018 Rugby Championship with 3 test caps.

As of 2020, he has made 6 international appearances for the Springboks.

In February 2021, he left the Bulls and signed for English club, Saracens.