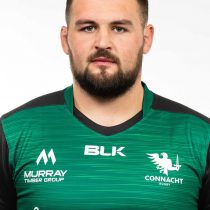 A product of MY Suttonians nursery, having played in the famous stripes since the age of 6, Jack has also been a key member of the team known as the Suttonians '98's' who have swept all before them during their years in youth rugby.

As captain of JCT & SCT teams at St.Fintans High School Rugby, he has captured the B league at both levels.

Rep honours followed, representing first Leinster Metro, then Leinster U18 & U19 before training with Leinster U20s.

Aungier recorded his first year with the Leinster Academy in 2018 having featured in the British & Irish Cup.

Whilst still in Leinster's academy, he was selected on the bench for their round 5 2019–20 Pro14 fixture against Welsh side Dragons on 1 November 2019, and he replaced Michael Bent in the 52nd minute in the provinces 50–15 win.

In June 2020, he signed a deal with Connacht. During his time at Leinster, he made 5 appearances for the Province.