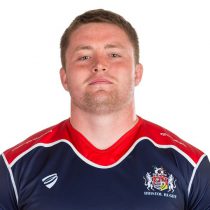 Jack made his Edinburgh Rugby debut in the win over Romania on 21 August at the Greenyards, Melrose after spending a full pre-season with the capital club.

The Scotland age-grade internationalist joined the club from Worcester Warriors ahead of the 2015/16 season and has since made 10 appearances in the black and red.

The former Scotland U20 prop joined Bristol ahead of the 2017/18 from Edinburgh in the PRO12. He made nine appearances for Scotland U20s, including the RBS Six Nations and Junior World Championship.

The Coventry-born forward spent two years in the Scottish capital before moving to Bristol in 2017 where he was part of a Championship-winning squad in his first season.

It was announced in December 2019 that Cosgrove had been forced to retire from professional rugby, aged 25, because of a serious eye injury sustained in training.