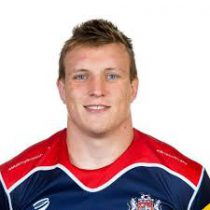 Irishman Jack O'Connell plies his trade as a loosehead prop and represented Leinster in the RaboDirect Pro12. His debut for the senior side came against Glasgow Warriors in November of 2012.

Graduate of Clongowes Wood College, O'Connell has also represented Ireland at various underage levels.He won twelve caps for Ireland U20s, winning an RBS Six Nations title during his time with the side.

He featured for Bristol on 67 occasions, with the majority of those in the Championship, making him the ideal fit with vast experience in the league.

The loosehead prop – a graduate of the Leinster Academy – agreed a new deal in 2016 to remain at the Club.

In March 2018, O'Connell signed for Ealing Trailfinders from Bristol Rugby on a one-year contract.