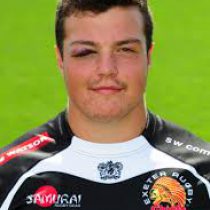 Stanley joined Edinburgh on trial at the beginning of the 2018-19 campaign having previously been enrolled in the Exeter Chiefs Academy.

The former England under-20 man saw game time at capital side Watsonian and extended his contract, in partnership with the Super 6 club, for a further year for the 2019–20 season.

Stanley is a former England U20s cap who was previously a member of the Exeter Chiefs Academy, before moving on to Edinburgh ahead of the 2018-19 season.

On 3 March 2020, Stanley left Edinburgh with immediate effect to join English side Gloucester in the Premiership Rugby.