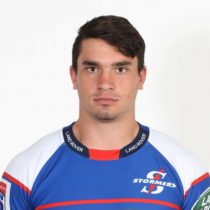 A former SA Schools representative young looseforward Jaco Coetzee made his Super Rugby debut against the Southern Kings during the 2017 Super Rugby season.

He was later named in the Western Province Currie Cup squad in 2017.

He made his Stormers debut against the Southern Kings, coming on in the 70th minute of the match.