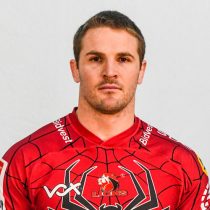 Kriel has also represented the University of Johannesburg in the Varsity Cup.

He was the headboy of Hoërskool Standerton and captained their first team, he also played Craven Week.

On 28 May 2016, Kriel was included in a 31-man South Africa squad for their three-test match series against a touring Ireland team

On 30 April 2018, it was announced that Kriel had been released from his contract with the Lions to join up with former coach Johan Ackermann at Gloucester Rugby.

The Lions announced 3 February 2020 that Kriel had rejoined the club on a three-year deal.