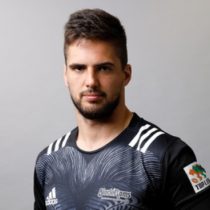 Originally from Whitianga before moving to Hamilton in 2009, Jacob has been playing rugby since he was four and is looking forward to re-connecting with his Māori heritage.

Jacob was named in the 26-man Māori All Blacks squad for 2015, joining the team's two-week campaign to Fiji and the New Zealand Barbarians.

After the campaign, Jacob played his second season for Waikato in the ITM Cup with the hopes of being selected for Super Rugby.