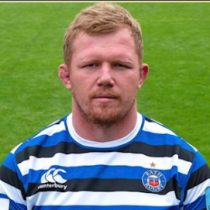 A powerful looshead prop who epitomises the term ‘late bloomer’ as he only signed his first professional contract with the Lions back in 2013 and blossomed into a mainstay amongst the front rowers, featuring in all three Super Rugby finals played by the Lions.

He became a veteran of the Varsity Cup turning out for the Tshwane University of Technology side between 2008 and 2011 and excelled for Pretoria Police Rugby Club and participated in the first-ever Community Cup tournament with the team.

He is one of few players to have played amateur rugby and then make the step up directly into the professional game. His association with the Pretoria Police rugby club led to van Rooyen being affectionately known as the Policeman.

The Pretoria-born prop was able to make the transition to Super Rugby with ease in the 2014 season, debuting in a memorable Round 1 triumph over the Cheetahs. Van Rooyen cemented his starting spot during the 2017 season and represented the Lions in all of their 17 Super Rugby matches as the Johannesburg-based side topped the standings and made their way to the final.

He joins Bath having made 66 appearances for the Lions and will provide his side extra depth with his ability to play on either side of the scrum. Van Rooyen made 23 appearances for Bath during his single season at the club before he joined Japanese club Docomo Red Hurricanes.

In July 2020, van Rooyen confirmed a return to the Republic by signing for the Lions' rivals the Bulls.