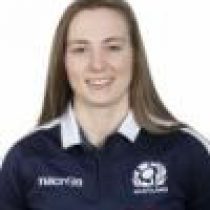 She made her Scotland debut off the bench against England in the Women's 6 Nations in February 2013.

Jade has also played basketball and had two season in the national league. She has represented Scotland in athletics for the army cadets, winning two gold medals in 2008/09 for shot putt and discus.