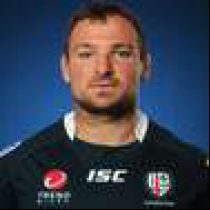 A hooker by trade, Buckland was born in Aylesbury, England and began his career at Leicester Tigers in 2002. After 5 years and over 65 appearances for the club, Buckland left to join London Wasps where he spent a largely unsuccessful year before linking up with London Irish. Buckland has also represented England at both under 21 and Saxons level.

After playing he moved into coaching where he took both London Scottish and London Welsh into the Top 4 of the Championship before taking up a 3 year deal at Rosslyn Park.

Ealing Tralfinders announced Buckland as their head coach ahead of the 2018/19 season.

In September 2018, Buckland was released from his contract at Ealing, with the club's Director of Rugby stating that it was the right time to make a change in the best interest of the club for the remainder of the season.