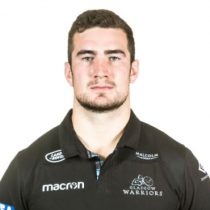 James is aligned to the Warriors after joined the Scottish Rugby Elite Development Programme in the summer of 2014.

The hooker has 15 caps to his name for the Warriors.