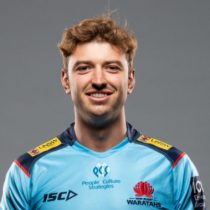 A second hit out in the Junior Wallabies, having already represented the squad in the 2016/17 season, Patrick Ramm will be seen as a figure of leadership within the backline in the squad. Also, a current member of the NSW U20s (since 2016) Ramm has also gained representative honours within NSW Gymnastics as well as Athletics NSW.

Ramm has recently been included in the 2019 Waratahs squad. The emerging winger earnt five caps for the NSW Waratahs during his first year as a professional but the 190cm winger had an injury-plagued debut season.