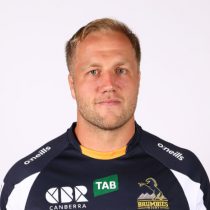 Part of the 2015 Waikato Ranfurly Shield winning side, lock James Tucker made his Super Rugby debut in the 2015/16 season.

The former New Zealand Under 20’s representative offers flexibility with the ability to play both lock and six. He was also part of the Waikato Ranfurly Shield winning team and won the Waikato Supporters Club Forward of the Year.

Tucker is familiar to the Gallagher Chiefs environment having trained with the side and been part of the Chiefs Development programme in the previous season.

Tucker was also a member of the New Zealand Under-20 side which finished in 3rd place in the 2014 IRB Junior World Championship.