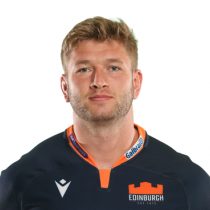 ​A product of Stewart's Melville College, Hodgson has represented Scotland at U18 level.

He was named in the Scotland squad for the 2018 World Championship held in France and featured in Edinburgh's 2018/19 pre-season friendly against Bath at Meggetland.

Hodgson saw game time during the 2018/19 campaign and split the season between playing for the capital club and with Watsonians in the Super 6.

As of June 2020, he has made 6 appearances for Edinburgh.