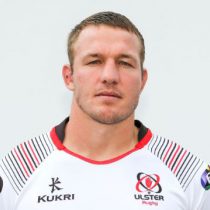 One of the most powerful players in South African rugby, Deysel is well-known for his massive frame and destructive style.

Comfortable at flank and at lock, his considerable physicality at 1.91 metres and 112 kg makes him a valuable asset on both attack and defence. The powerful forward made his Springbok debut against Italy in 2009. He made another 3 appearances for South Africa during the 2011 Tri Nations.

Having made 4 test appearances for the Springboks Deysel signed for Japanese-side Toyota Verblitz in 2014 and returned ahead of the 2015 Super Rugby season.

In 2017, Deysel signed as injury cover for Munster on a three-month loan deal from the Sharks and helped them to semi-final of the Champions Cup and the Pro 12 Final.

In May 2017, Ulster announced that Deysel would be joining the province ahead of the 2017/18 season.

The old South African, capped four times by his country, left the side he represented for 10 years having made 156 appearances since joining from the Lions in 2007.

The flanker featured 16 times for Ulster before announcing his retirement with immediate effect on medical advice in October 2018.