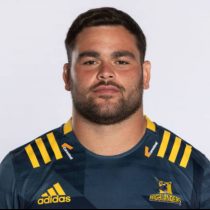 Son of former All Black Joe McDonnell who represented both Otago and the Highlanders between 1999-2003 and made 8 appearances for the All Blacks, Jermaine Ainsley hails from Clyde in Central Otago.

Ainsley played for the Otago Boys' High School First XV before moving to Perth to be closer to his family. His excellent form for his club side saw him rise through the WA talent pathway and played for the Force A.

A breakout 2015 season saw him earn a spot on the Perth Spirit NRC roster and was further rewarded in 2016 when he was selected for the Western Force making his debut against the Rebels in the first round of Super Rugby that season.

After two seasons and 17 games for the Western Force he was selected for the Wallabies in 2018 winning his first test cap off the bench against the All Blacks in Sydney.

He played two further tests that year during the Wallabies Northern Tour against Italy and England. Following the Western Force being excluded from Super Rugby, Ainsley joined the Melbourne Rebels signing a deal through to the 2020 season.

A hard-working ball-carrying prop, Ainsley was on the fringe of the Wallaby Rugby World Cup squad but missed out on selection for the tournament in Japan.

The three test Wallaby confirmed his return to New Zealand in June 2020 signing a two-year deal with the Highlanders and will link up the squad in 2021.

The Wallaby tighthead has already amassed over 50 Super Rugby caps ahead of his move.