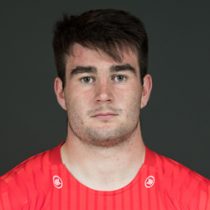 Hodnett was selected to represent Munster A during the 2018–19 Celtic Cup, featuring in four of the provinces fixtures. Following his performances for Munster A and Ireland under-20s, Hodnett joined the Munster academy ahead of the 2019–20 season and he made his senior competitive debut for the province in their 2019–20 Pro14 round 11 fixture against South African side Southern Kings in Irish Independent Park, Cork on 14 February 2020, with Hodnett starting at openside flanker. He scored a fantastic solo try and earned the Man-of-the-Match award in Munster's 68–3 win.

The UCC back row has featured in several Munster age-grade squads and has gained representative honours with Ireland U18s. Hodnett made the step up to the Munster A side this season, scoring a try against an Ospreys Development side in the Celtic Cup.

Selected in the Ireland under-20s squad for the 2019 Six Nations Under 20s Championship, Hodnett started the wins against England, Scotland, Italy,France, and Wales, as Ireland secured their first grand slam in the tournament since 2007. He was retained in the under-20s squad for the 2019 World Rugby Under 20 Championship when it was confirmed in May 2019 and started in the opening win against England and the defeat against Australia, before a knee injury brought an end to his participation in the tournament.

As of June 2020, Hodnett has played two games for Munster scoring one try.