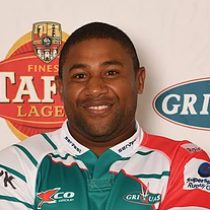 Born in Strand in the Western Cape Francke went on to represent Western Province in the 2007 Craven Week.

In 2008 he was included in the Maties Varsity Cup squads and stayed with the side for the 2009 and 2010 editions of the tournament.

Francke then joined Wellington-based side Boland Cavaliers. His first class debut came during their 2011 Vodacom Cup match against Griquas in Bredasdorp, also scoring a try seven minutes after coming on.

He remained a regular for the team – mostly as a substitute – that season, helping the Boland Cavaliers to the First Division title, beating the Eastern Province Kings 43–12 in the final.

In July 2014, he extended his contract until the end of 2016. After making his 50th appearance with the Griquas Francke signed a deal that will see him remain at the side for the 2017 & 2018 seasons.