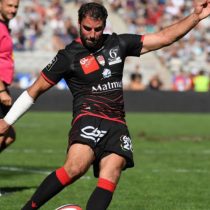 Wisniewski joined the Toulouse youth academy in 2001 at the age of 16, with his first senior appearance coming in the 2004/05 season.

He later signed for Aix-en-Provence before the club was relegated to Fédérale 1, which prompted a move to Colomiers for Wisniewski.

He spent six months at Colomiers polishing his skills until he was spotted by Racing Métro manager Pierre Berbizier, who signed him the following summer.

Wisniewski has been capped twice with the French under-21 national team, and has also played with the France A team during the 2010 Churchill Cup.

Wisniewski played 19 times for Grenoble during the 2016/17 campaign, scoring 220 points.

Wisniewski made just 7 appearances for Toulon during the 2017/18 season before signing a deal to join Lyon ahead of the 2018/19 season.