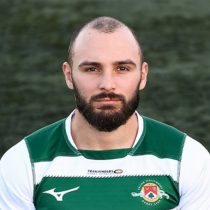 Burns has plenty of experience in the Championship having made over 80 appearances for Bedford Blues, scoring 21 tries in the process with an impressive strike rate of one every four matches.

He has made a name for himself as one of the quickest players in the division with his electric pace also making him an option on the wing.

A permanent fixture in the Blues match day squad since signing for them in 2015, he has made at least 24 appearances in all of his years with Mike Rayer’s team.

Burns signed for Bedford from Harlequins where he featured on five times, and originally as a winger before moving to scrum-half.

He has also represented England at Under 20 level, adding to his impressive rugby CV ahead of making the switch to Vallis Way.